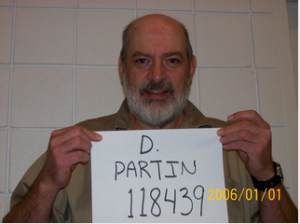 PARSONS BRINCKERHOFF IS A RENOWNED DESIGNER OF UNDERGROUND MILITARY BUNKERS LIKE RAVEN ROCK AND NORAD. WAS THIS EXPERTISE PUT TO USE DURING THE CONSTRUCTION OF CUMBERLAND GAP TUNNEL?

In the 2010 Parsons Brinckerhoff publication “Tunneling to the Future” the company states (page 15):

During the Cold War, PB pioneered methods for the creation of large underground spaces for military fortresses. The firm’s work in this area began in the late 1940s with the design of a hardened underground defense facility at Fort Ritchie, in the Catoctin Mountains near Waynesboro, Pennsylvania, and culminated in the early 1960s with NORAD (North American Air Defense Command Center), an underground cavern deep within Cheyenne Mountain outside Colorado Springs, Colorado, comprising six huge chambers and several tunnels designed to sustain nuclear attack. Recently, mined caverns have been designed by PB for construction of transit stations or underground storage.

The history of Parsons Brinckerhoff shows they can and will operate in utmost secrecy and will even employ deception to hide the installations they are constructing. In their publication “Parsons Brinckerhoff Through the Years: 1885 to 2012” the company writes about their leading role in the construction of Raven Rock Mountain Complex, a military nuclear bunker near Blue Ridge Summit, Pennsylvania, known as the “underground Pentagon”:

We started design in 1948, under which time the project was under very tight security clearance…we did not even tell our families what we were doing. Once construction started and tunnel muck had to be deposited outside, it was obvious that something very important was under way [sic]. And the fiction that it was a mining operation could not be very long maintained.

That was 1948. It’s logical to assume this billion dollar company’s adeptness at concealing their activities grew with time (and technological advances).

But Parsons Brinckerhoff is not only a deep underground military base contractor- they also design subway tunnels, bridges and other public transportation systems like high speed rail projects.

Kuesel’s most important job at NORAD was to design a way to reinforce rock to withstand nuclear attack. It is quite noteworthy that the same engineer responsible for the integrity of one of the United States’ most strategic underground command centers was later sent to work on a simple twin tunnel bore through a mountain for a highway that runs through small towns and villages. A highway that sees significantly less traffic than I-75, which is 45 miles away. Why was it so important that Kuesel be in charge of the Cumberland Gap Tunnel project?

We already know of Parsons Brinckerhoff’s role in the development of Raven Rock, and the Gettysburg newspaper article proves PB has worked with S.A. Healy before on underground military installations.

Parsons Brinckerhoff’s, S. A. Healy’s, and Kuesel’s involvement in the tunnel construction is not a smoking gun that the tunnel is an underground military installation. Kuesel was involved with hundreds of other projects that had nothing to do with the military or defense, and the same goes for the tunnel subcontractor S.A. Healy. However, it is with certainty and accuracy that we can say the companies chosen for the tunnel construction certainly had the credentials, expertise, technology and prior experience to carry out construction of a deep underground military base in southern Appalachia at Cumberland Gap.