Fascinating find Ronald! Thanks for sharing. Hopefully we get more pics and details from you soon!

A petrosphere is a perfectly round stone sphere that could only have been made by human hands. They are considered rare occurrences and almost always are prehistoric; examples are the Costa Rican petrospheres and Scottish petrospheres.

A May 1993 article from the newspaper, Kentucky New Era, “Cumberland Gap tunnel to boast modern design,”  describes what can only be petrospheres, discovered when engineers began digging through the rock of Cumberland Mountain to form the tunnel. The engineers’ work revealed a “maze of limestone caverns.” In one of these caverns the petrospheres were found:

…perfectly rounded chert rocks were found mysteriously stacked in a careful pyramid, the way cannonballs might have been stacked years ago. That cave was nicknamed “the cannonball room,” said project engineer David Robinson. (1)

Here’s the conundrum: how did this rock formation, obviously human made, get 1000 feet or more below the mountain if there was no access to this cavern until the tunnel was excavated?

Efforts so far to locate the eyewitness mentioned in the newspaper article, engineer David Robinson, have failed.

Even though Dan Brown, a former Park historian for Cumberland Gap National Park, was not aware the petrospheres had been found, he said in a recent phone interview that the formation could be a cairn used by prehistoric people for ancient burial:

They used stone cairns. I’ve run across those, and they’re older than Cherokee. The stone cairns for burial, as a matter of fact, we had a whole hillside of them at [Brushy] Mountain [Georgia]: we could never get a date on it- cause there were no artifacts within it that we could determine…why we didn’t get any positive dating: we found evidence of [a] crematorium…a rocky area adjacent to the site, right on the site… tests that were done had repeated high intensity fire on the rock. This would have been Woodland period probably, maybe even Archaic. But they were cremating their dead and then putting whatever remains there were, somehow, inside these rock cairns…Some of these rock cairns were probably three and four thousand years old. (2)

Is it possible the pyramid of petrospheres discovered during the Cumberland Gap Tunnel excavation were also part of an ancient burial ground? And how ancient could this site be, if no entrances to this cave existed in modern times prior to the tunnel excavation? Most importantly, what fate befell the “cannonball room” and the mysterious pyramid of perfectly rounded stones? Were workers allowed to carry the stones off as souvenirs? Did they simply bulldoze the pyramid over to make way for the mile long thoroughfare under the Gap?

I am going to continue to work to find the answers to these questions.

Ironically, Brown says it was a government construction project that ultimately sealed the fate of the archaeological site on the long, low ridge of Brushy Mountain, Georgia. While performing “salvage archaeology”, otherwise known as “archaeology in front of the bulldozers,” on an earthwork that was a fortification of the 1st Minnesota Battery, he and a Cobb County archaeologist discovered the ancient cairns.

You had to be a big brouhaha and we couldn’t save it. I had to watch them bulldoze probably one of the most gorgeous battery positions on the Park. And they kept it very quiet, and they even sneaked it in on the county archaeologist. They couldn’t have done it today. Because…the burial sites would have stopped them. Once we hit those rock cairns, today, you got to stop. 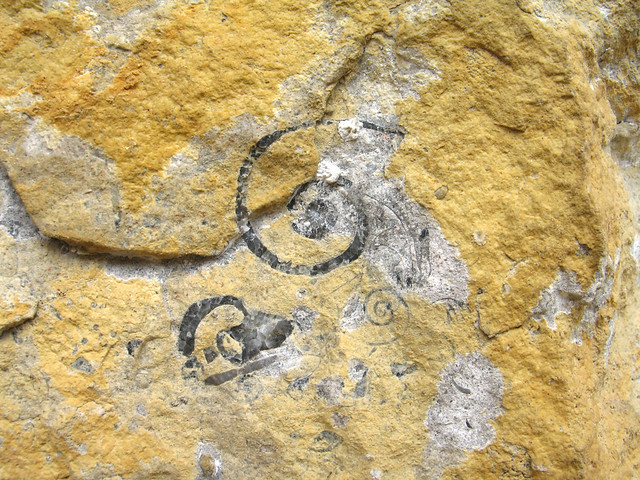